Living with the Aftermath: Trauma, Nostalgia and Grief in Post-War Australia 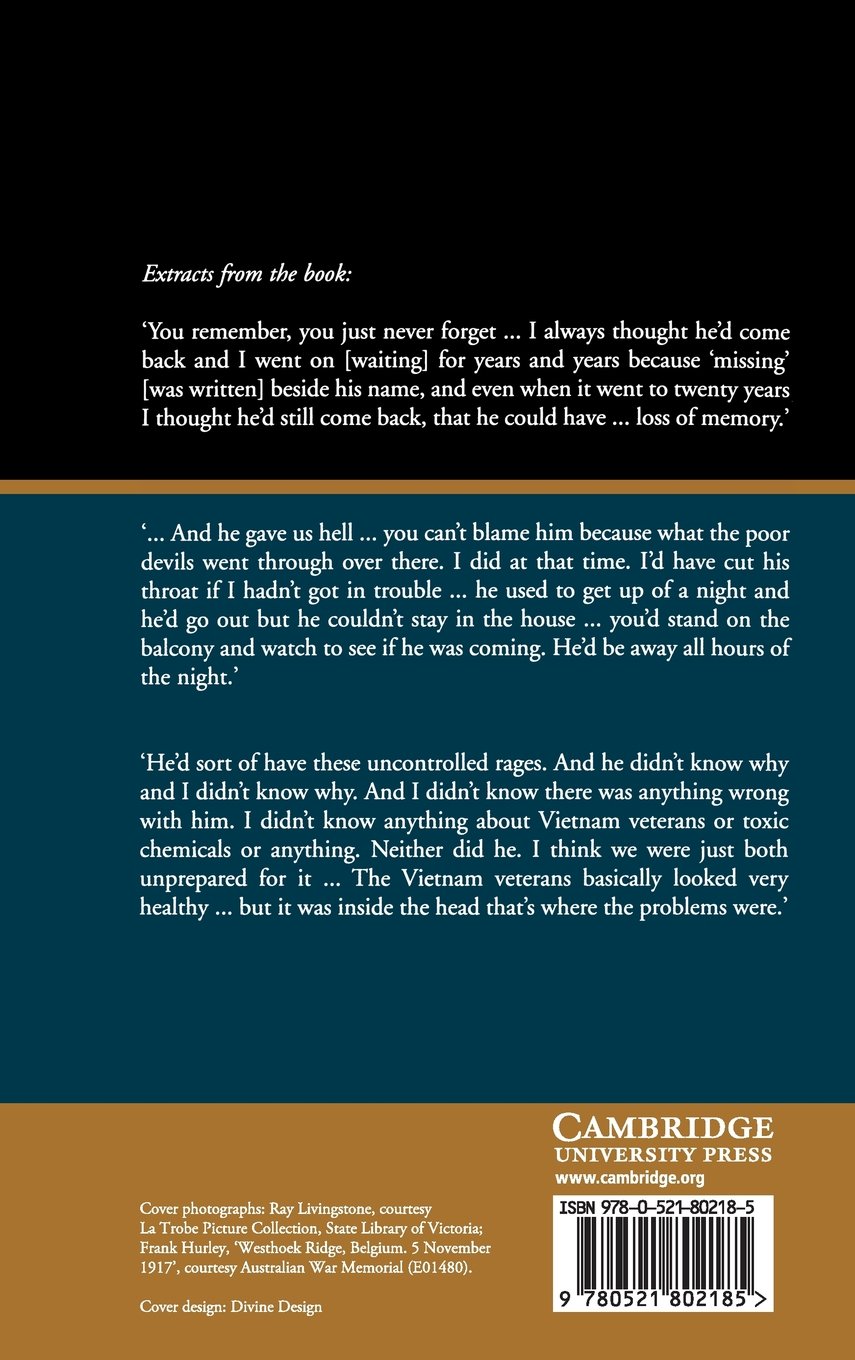 We don't know when or if this item will be back in stock. Book Description Publication Date: April 4, This very moving book on the shifting patterns of mourning and grief focuses on the experiences of Australian women who lost their husbands during the Second World War and the wars in Korea and Vietnam.

Joy Damousi | ARC Centre of Excellence for the History of Emotions

The book makes use of extensive oral testimonies to illustrate how widows internalised and absorbed the traumas of their husband's war experience. Joy Damousi is able to demonstrate that a significant shift in attitudes towards grieving and loss came about between the mid century and the later part of the twentieth century.


In charting the memory of grief and its expression, she discerns a move away from the denial and silence which shaped attitudes in the s towards a much fuller expression of grief and mourning and perhaps a new way of understanding death and loss at the beginning of the new century. From the outbreak of war in , the home front became marked by deep divides around the issue of support for the war effort, conscription, as well as industrial and sectarian tensions, and the escalating human toll of the war.

This program examines life on the Australian home front across one year - It was the year when the country experienced a bitter and gruelling general strike, street demonstrations about the war, and about food restrictions and the rising cost of living; all set against the backdrop of the divisive second referendum on conscription, which took place in December Her concerns must be necessarily be theirs, or her history would ring false.

But there were times when a broader comparative context would have been useful, as would a more sustained pause over what constitutes war widowhood. On being asked, my mother and my aunts of that generation of stoics, daughters of First World War veterans flat out refused to acknowledge as war widows those women whose husbands died years after the war.

Equally, her history might have been enriched by some sense of the comparative value of war sacrifice and war widowhood among the ex-colonial, dominion or allied nations. New Zealand war widows have been particularly poorly served, while Australian pension rates speak highly of men sacrificed in war, and the women who subsidise that sacrifice.

Her discussion of the impact on women of the loss of a lifetime partner rests too strongly on general sources about the aged, and grief. In this way the relief described by war widows telling of husbands released from suffering by death reads as indistinguishable from the complaint of thousands of Australian women who yearly outlive their husbands. Her ongoing areas of interest are narratives of violence, and death and narrative more generally in the contemporary West.


Living with the aftermath: trauma, nostalgia and grief in post-war Australia by Joy Damousi was published by Cambridge University Press in September